In the past few years, more than a dozen of the farmers native and local varieties have been registered under Schedule – D provision of Seed Regulation, 2013. Listing of these farmer’s native and local varieties into the national seed system will help to strengthening their seed system and opens up the avenues for seed commercialization with proper labelling and quality assurance. First time in the history of Nepal, 11 native varieties of six different crops are registered in national seed board by farmer themselves. Registration of few crops such as Foxtail millet (Bariyo Kaguno) and Proso millet (Dude Chino) were listed for the first time in national crop varietal inventory through Schedule – D provision. There are other numerous farmers’ varieties of different crops which are under cultivation at varying acreage and are vital to the subsistence and livelihoods of rural population. Earlier, the variety release and registration committee were limited to new germplasm that possessed distinctness, uniformity and stability with comprehensive multilocation research and trials. Only a handful of farmers varieties were released/registered. Amendment of Seed Regulation in 2013, provisioned registration of farmers varieties creating a separate category Schedule – D. A collaborative effort from SQCC, NAGRC and LI-BIRD in further defining and elaborating registration proposal template and technical processes for registration of farmers’ varieties under the Schedule -D. The current seed policies have been formulated to cater the needs and quality assurance of the conventional varieties released and registered under Schedule – A and Schedule – B respectively. The seed certification mechanism with clearly defined roles and responsibility of the different stakeholders such as breeder, seed enterprises, and quality control mechanisms are comprehensively elaborated. However, existing seed policies do not have explicit information for the farmers native and local varieties registered under Schedule – D.

There were altogether seven technical papers were presented from SQCC, CCDABC National Genebank and LI-BIRD Nepal. On the first day, Benu prasai from SQCC presented the paper on current policies and practices on crop variety release and registration system in Nepal and Issues, constraints and scope for improvement. Bal Krishna Joshi (Chief, NAGRC) delivered the session on have farmers native varieties lost their significance towards the food and nutrition security in Nepal. Dr. Ram Krishna Shrestha (Chief, CCDABC) made the session on Promoting indigenous crops and foods for mainstreaming in national policies and programs and role of three-tiers of government. Devendra Gauchan from Alliance of Bioversity International and CIAT made the session on policy gaps and issues on farmers rights, farmers varieties for strengthening farmers seed system. Second day of the workshop was started with the presentation of Dr. Santosh Shrestha and Shree Prasad Neupane from LI-BIRD Nepal. In this session, they shared their good practices on on-farm agro-biodiversity management and their future direction. After that Mr. Pradip Thapa (Technical Officer, NAGRC) shared the draft proposed guidelines on registration, maintenance and source seed production of native and local varieties.

After the presentation, plenary session was held to discuss on registration, maintenance and quality control mechanism for schedule-D varieties. From the plenary discussion, common understanding has been made regarding registration, maintenance and source seed production mechanism of native and local varieties. During plenary discussion, some important inputs and feedbacks were collected on draft guidelines. They recommended that only farmers native and local variety could be registered through schedule-D provision and only two classes of seed i.e. Source seed and farmer and truthful labeling could be applied for quality control mechanism of farmers native and local variety. 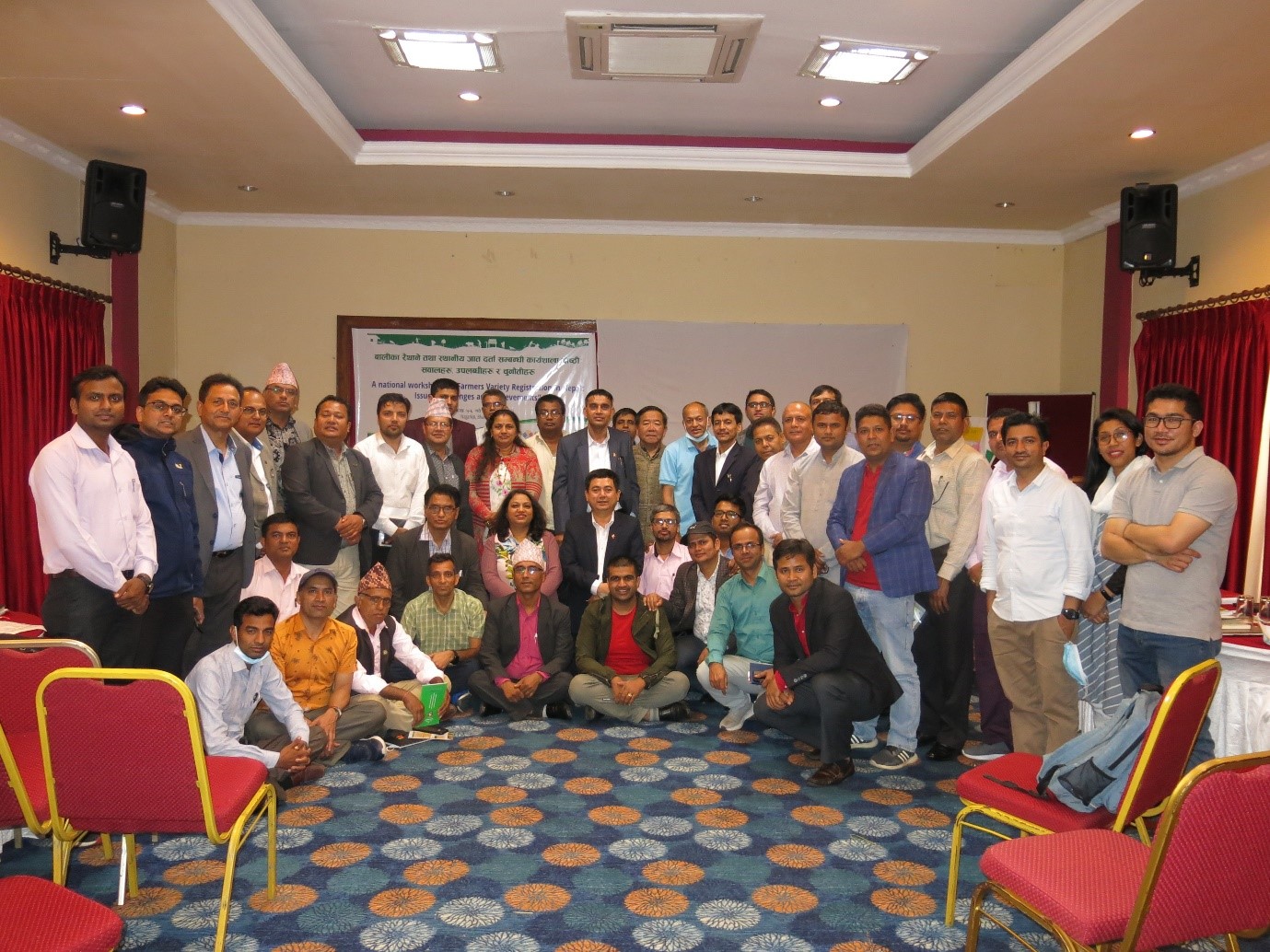 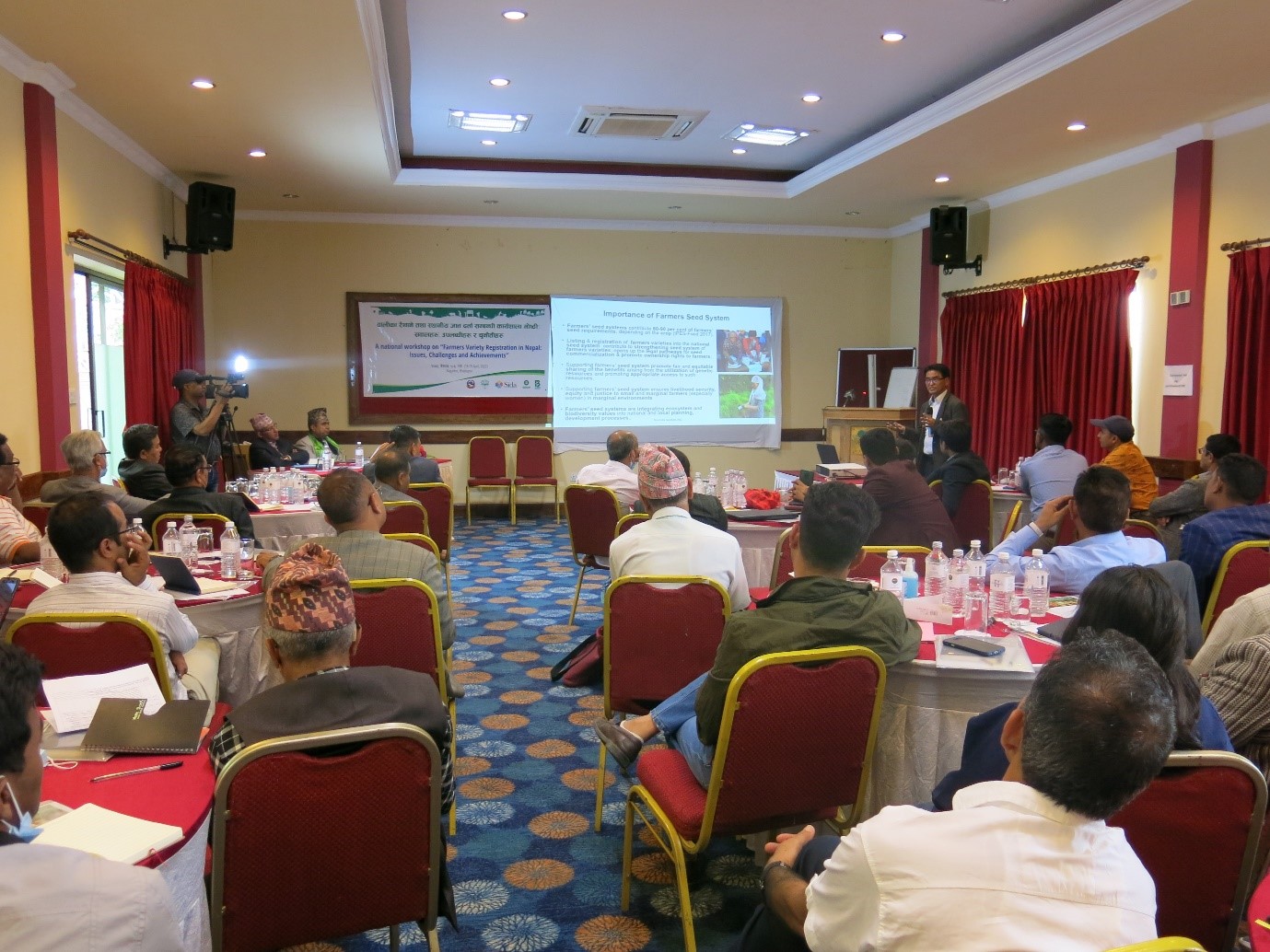 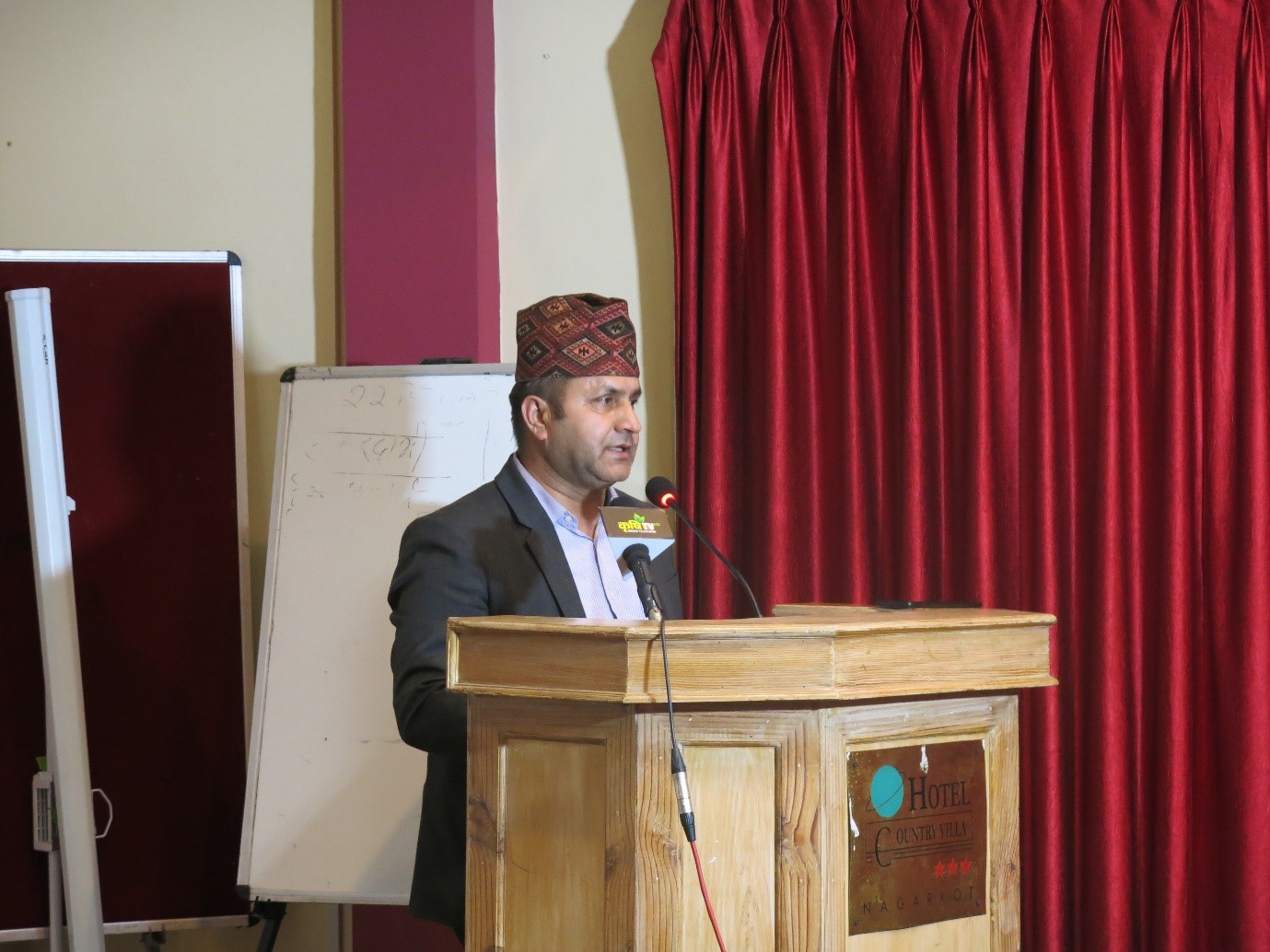 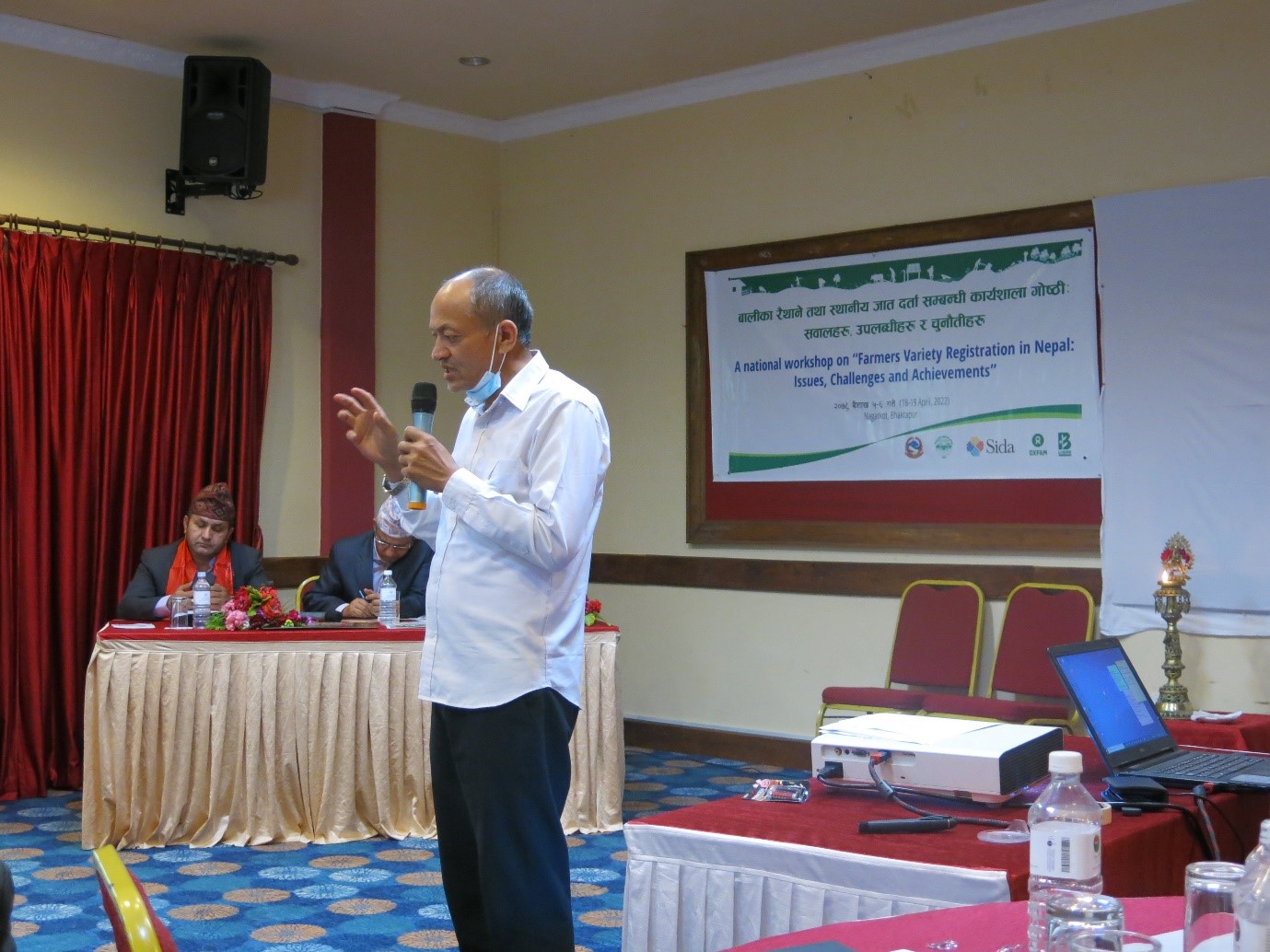